NETWORK Rail (NR) has announced that coastal, tunnel, cliff and railway engineers will undertake repairs to reinforce the London - Penzance main line connecting the southwest of England to the rest of the country. 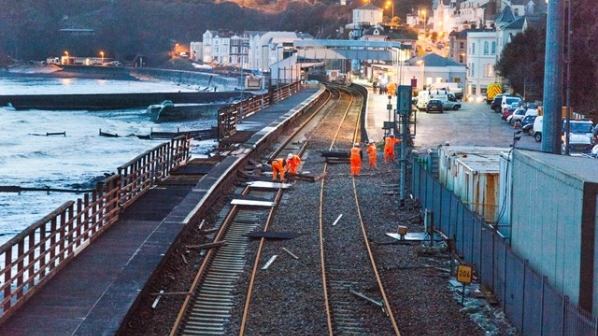 The work, which is expected to take six months, will start in November with four breakwaters, the barriers built out to sea to protect the coast from the force of waves, to be repaired by engineering teams from NR and BAM Nuttall.

NR says protecting the route through Dawlish is a national priority, and the immediate short-term improvements to the resilience of the railway will be made whilst the infrastructure manager continues with a £15m detailed development of longer term options for the government to consider.

The repairs to structures at Boat Cove, Coastguards Point, Colonnade Underpass and Langstone Rock come after they were identified as being in a poor state of repair and not providing the protection that the coast requires.

In 2014, the line was closed for two months after extreme weather washed away the seawall, leaving track dangling in mid-air, while a massive landslide blocked the line with 20,000 tonnes of material. The Bristol - Taunton and London - Taunton main lines were also flooded to the north and east of Taunton, severing all three lines connecting London and Bristol with southwest England. 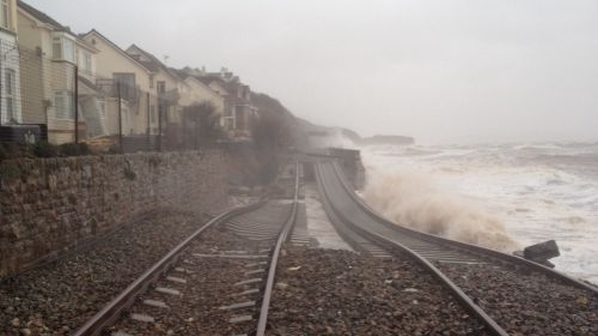 In addition to the breakwater repairs, Arcadis will continue to investigate whether loose material from the top of the cliff above Parsons Tunnel at Holcombe may need to be removed to stabilise the cliff and reduce the risk of land slips in the short-term.

In January, Britain’s secretary of state for transport, Mr Chris Grayling, reaffirmed the government’s commitment to rail enhancements and resilience measures in southwest England amid heightening concern among politicians in the region over a lack of clear action on the issue.

NR says it has established a dedicated South West Rail Resilience Programme to identify and implement the best options to improve the resilience of the line, and avoid a repetition of the 2014 closure.

As part of the programme, engineers have been conducting detailed studies along the route between Teignmouth and Dawlish to determine what is happening to the cliffs and coastline to establish the viability of a number of alternative solutions. NR says these options will help to secure the long-term future of the line, which serves communities and businesses in South Devon and Cornwall. 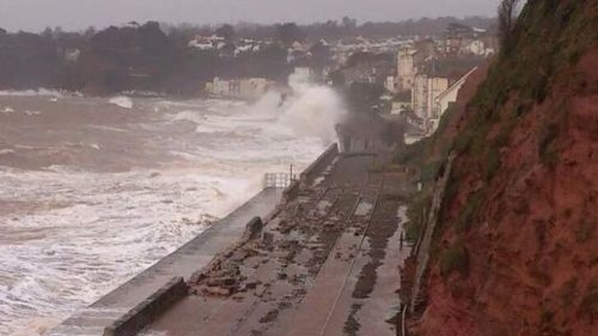 “This section of the railway is vital for many residents and communities in Devon and Cornwall and we are committed to safeguarding it for future generations,” says Network Rail director of route asset management, Mr Mike Gallop. “However, it’s going to take us time to work out the best ways to protect the railway and then deliver these works, so we wanted to find ways now to make the railway more resilient than it currently is. By repairing the breakwaters we can give some immediate protection to the sea wall, the railway and town behind it, and we are looking at how we can put in place immediate, short term measures to reduce the risk of a landslip on the cliff at Holcombe.

“Alongside this, we will continue to work up longer-term options for us to present to the local community, local councils and government in 2019.” 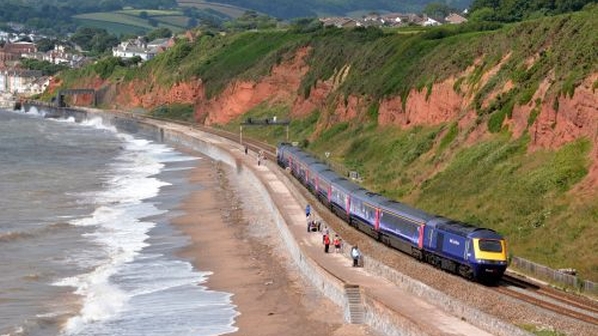