A private operator will replace VIA Rail on the route. 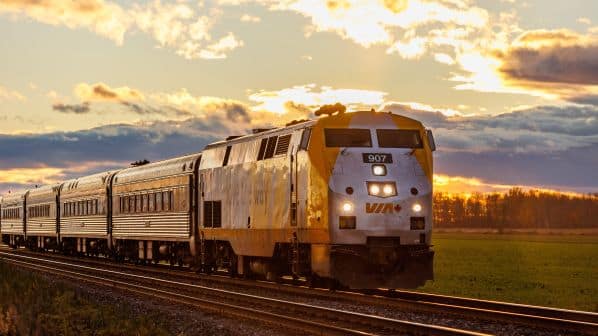 A new state-owned company will be created to take the project forward and oversee HFR operations. This will technically be a subsidiary of VIA Rail Canada, but the two entities will operate independently of each other and report directly to Transport Canada.

HFR services will be operated by an as yet unnamed “Private Development Partner,” which will also take over VIA Rail’s short-distance services operating on Canadian National (CN) and VIA Rail’s own infrastructure in the corridor.

Quebec City - Toronto is currently VIA Rail’s only profitable route, and its transfer to another operator would leave only loss-making regional and national services, including The Canadian which runs between Vancouver and Toronto mainly on CN tracks.

This would bring an end to VIA Rail’s commercial viability and could eventually see the end of any publicly-owned passenger services outside the Quebec City - Toronto corridor that spans the essential electoral base of the governing Liberal Party led by prime minster, Mr Justin Trudeau.

The HFR project was first revealed by former VIA Rail CEO, Mr Yves Desjardins-Siciliano, in January 2015. Since then, VIA Rail’s sole shareholder, Transport Canada, has provided a slow drip of funding for successive rounds of research and planning.

Desjardins-Siciliano is now CEO of Siemens Mobility Canada, which is in a strong position to supply rolling stock for HFR, as it currently supplying the new fleet for VIA Rail’s Quebec City - Toronto route.

VIA Rail’s role as HFR project sponsor suddenly ended in May when then VIA Rail CEO, Ms Cynthia Garneau, left the company without an explanation. The resignation did coincide with Transport Canada issuing a request for expressions of interest from suppliers, without mentioning VIA Rail as a sponsor or eventual participant.

The government’s announcement that 54 companies have expressed interest in the HFR scheme included a specific declaration that VIA Rail’s existing operations will be subsumed by the new public-private HFR entity.