New York’s Metropolitan Transportation Authority invited the state’s governor for a test ride on the $US 11bn East Side Access which will link Long Island with Grand Central. 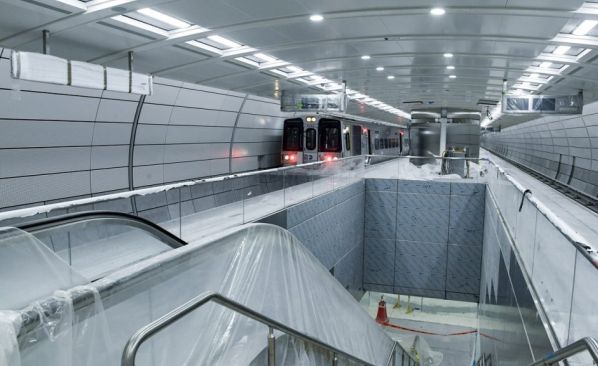 The new commuter rail line will bring riders from destinations across Queens and Long Island directly into a new 32,500m2 East Side Access concourse at Grand Central for the first time when it opens in December 2022. Grand Central currently serves MTA Metro-North Railroad and MTA New York City Transit, while LIRR services from Long Island serve Penn station. The new connection will double LIRR’s capacity into Manhattan, with up to 24 trains per hour, and cut travel time for Queens riders by 40 minutes per day, according to New York MTA.

Construction of the roughly $US 11bn project - originally conceived in the 1960s and developed in the 1990s - began in 2006. Civil construction was completed in May.

The new LIRR terminal will offer new entrances along Madison Avenue, as well as 25 shops, Wi-Fi and mobile phone service, art installations, and digital signage with real-time train information. Additionally, 17 escalators will connect commuters between the new concourse and mezzanine of the train terminal 42.5m below Park Avenue. The mezzanine leads to an upper train level that offers two platforms and four tracks, and a lower train level that similarly has two platforms and four tracks.

LIRR trains will enter the concourse from a newly activated double-track tunnel which passes under the East River at 63rd Street. The two tracks then fan out to four and then eight on the two levels.

A new yard in Queens has been built to accommodate up to 300 cars, and the Harold Interlocking has been updated, including the installation of 97 new track switches, 295 catenary masts used by Amtrak, five new steel railway bridges, and 2574m of retaining walls.

“In 2022, not only will we provide more options for our riders to the East Side of Manhattan, but we will be giving them a state-of-the-art facility beneath the existing Grand Central Terminal,” says LIRR president Mr Phil Eng.

A video of the test ride can be viewed here.