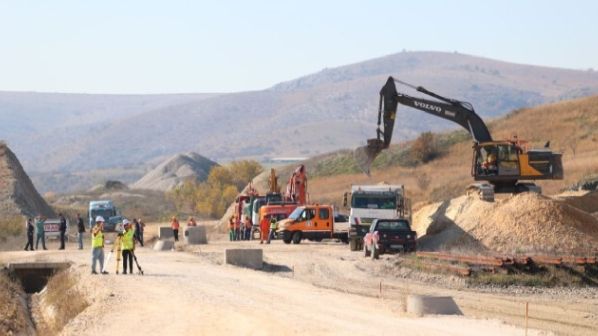 NORTH Macedonia says it has begun work on a nearly €200m project which involves rehabilitation of an existing line and completing the construction of a new line providing a link to the country’s border with Bulgaria as part of the future European Transport Corridor VIII.

North Macedonia has received a loan of nearly €200m from the European Bank for Reconstruction and Development (EBRD) for the works on these two sections and there has also been a €75m grant from the European Union (EU).

There is a planned further 23.5km section of railway linking Kriva Palanka to the Bulgarian border that North Macedonia’s transport ministry says remains high on the government’s agenda but for which details are still to be finalised.

“At this point, the infrastructure project has been approved and our teams are already working with teams from Bulgaria to develop the procedures for the joint railway station and tunnel,” the transport ministry says. “We expect already next year to issue a public call and to start the construction of the last section of the railway link, for which we already have available €61m from the Instrument for Pre-Accession Assistance programme (IPA) as well as €155m from the Western Balkans Investment Framework of the European Union (WBIF).”

European Corridor VIII is intended to be an east-west route connecting the Albanian Adriatic port of Durres to the Bulgarian Black Sea port of Varna via North Macedonia. Other places along the route are Elbason in Albania, Skopje in North Macedonia, Pernik in western Bulgaria, Plovdiv in southern Bulgaria and Burgas on Bulgaria’s Black Sea coast.

In 2021 North Macedonia, Bulgaria and Albania signed a Memorandum of Cooperation (MoC) over the building of sustainable infrastructure along Corridor VIII and committing themselves to completion of the remaining parts of the transport route by 2030.

“The start of construction works on the eastern sections of Railway Corridor VIII is a huge step in the expansion and modernisation of the railway network of North Macedonia,” says head of the EU Delegation to North Macedonia, Mr David Geer. “The project, which is being implemented thanks to the support of Team Europe, will not just improve national connections, but enhance connectivity across the region and with the EU.

“This is a clear example that we work best when we work together. With more than €688m allocated to Corridor VIII railway projects, the Economic and Investment Plan is proving to be a catalyst for development across the region, enhancing cross-border cooperation, facilitating regional trade and bringing great benefits for local citizens and businesses, as well as the environment.”

For detailed data on rail construction projects in Europe and around the world, subscribe to IRJ Pro.