The service was cancelled a decade ago but could be reinstated by the mid-2020s. 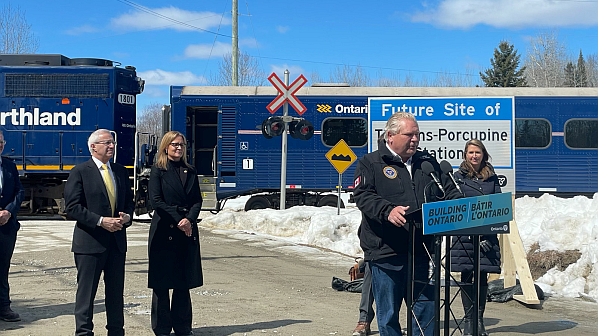 THE Ontario government will invest $C 75m ($US 59m) to reinstate Northlander passenger services on the 740km route between Toronto and Timmins, in Canada.

The announcement, made on April 10, follows the province’s release of an updated initial business case (UIBC) for the service.

The Ontario Northland’s Northlander Passenger Train ran between Cochrane, North Bay and Toronto until 2012. Ontario Northland currently operates four buses daily between Toronto and North Bay, and one to two buses per day from North Bay to Timmins and Cochrane.

The UIBC outlines options for the Toronto - Timmins service and future feasibility work on a preferred route, which will include a new rail connection to Cochrane, where the train would link with the existing Polar Bear Express to Moosonee.

Services are planned to restart in the mid-2020s, and the frequency would be based on seasonal travel demands ranging from four to seven days a week. Annual ridership is expected to be between 40,000 and 60,000 and the connection to Cochrane would serve an additional 5300 residents.

The route is currently used primarily by freight with limited passenger services operated by Metrolinx’s Go Transit on the Richmond Hill commuter services and Via Rail Canada between Toronto and Washago as part of The Canadian network.