Alliance says if spending continues at the current rate, it will take 41 years longer to implement all priority projects 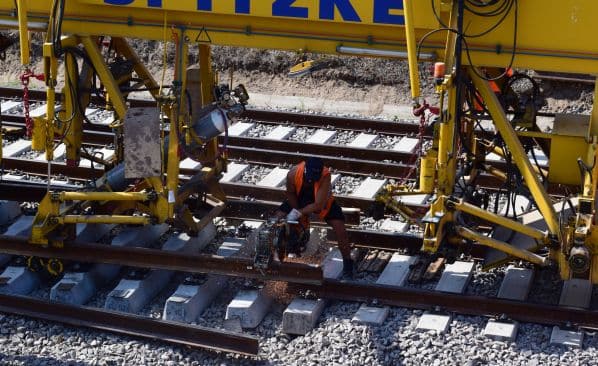 CALCULATIONS by Germany’s Pro-Rail Alliance show that if the current level of annual investment in infrastructure in Germany were to continue, it would take almost 50 years to implement the priority rail projects in the federal transport route plan.

“The result of our calculations is staggering,” says Pro-Rail Alliance managing director, Mr Dirk Flege. “If the underfunding persists, the last rail routes prioritised by the federal government would only be ready in 2071 and not in 2030 as planned.”

Pro-Rail Alliance says that its calculations show that the federal government would theoretically have to increase its annual investment in rail sixfold to complete the rail schemes classified as “priority needs” in the federal transport route plan by 2030.

“According to this, €12.2bn would have to be invested in the rail infrastructure every year if the target year 2030 were to be reached,” Pro-Rail Alliance says. “This does not even take into account the massive increases in construction costs over the past year.”

Pro-Rail Alliance says it has long been calling for spending on rail infrastructure expansion and new construction projects to be doubled from the previous €2bn to €4bn per year.

“It’s time for a fresh start,” Flege says. “The budget for the construction and expansion of the rail infrastructure must now be increased massively. Whether the federal government should then spend money on new motorways is highly questionable not only in terms of climate and energy policy, but also increasingly in terms of budgetary policy.

“It would be a smart measure to quickly implement the announcement of the coalition agreement to use revenue from the truck toll again in the future for the expansion of alternatives to road traffic.”