ProRail warns of impact of Ukraine war on rail industry 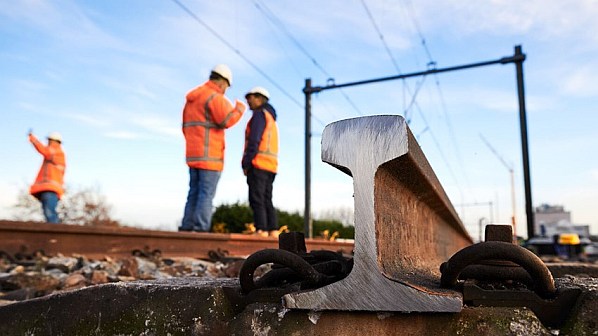 DUTCH infrastructure manager ProRail says it can no longer rule out the possibility that rail projects will be “hit hard” by the war in Ukraine and that it will also be more difficult to tender for new projects.

Consultations are currently underway with the Dutch Ministry of Infrastructure and Water Management, and other public clients, contractors and suppliers, about the measures to allow work and tenders to continue as much as possible.

“We are faced with an increasing uncertainty as to whether materials can be delivered on time and at what price,” says Mr John Voppen, ProRail CEO. “That affects our tenders and the work.”

ProRail is currently making an inventory of which projects are affected by the Russian invasion of Ukraine. The organisation says the war is already disrupting the market through the enormous rise in energy prices and its effects on prices, the disruptions in the logistics chain and the great uncertainty in the market.

ProRail says European rolling mills have closed because of the rising gas price. This means that three trainloads of rail will not be delivered to the Netherlands in March and April. Currently this concerns 60km of rail.

The production of sleepers is also coming under pressure says ProRail because these contain steel. Timber shortages are also making it difficult to undertake work on platform roofs.

ProRail says that when looking for solutions, a balance must be found between dividing the financial risks between public financiers such as the state, provinces and municipalities and contractors. Extensive consultations about this are currently underway.

Voppen believes the short-term consequences of the invasion will lead to longer-term problems. He says ProRail is already fully engaged in tendering for projects in 2023 and 2024 and that various contractors are working on projects that are designed to improve the railway, such as enabling an increase in train frequency. He says delays to these schemes caused by the war could have a lasting impact.

Voppen also warns that there is already a shortage of qualified staff able to carry out all the mobility and housing projects and that the construction industry will not be able to catch-up with that even before the rail industry’s problems are considered.

An in-depth round-up of the rail industry’s response to the invasion and how it has affected the sector will be published in the April edition of IRJ. It can also be read here.