Queensland pledges $A 1.12b to upgrade line ahead of 2032 Olympics

Flooding in the region has also caused services to be suspended. 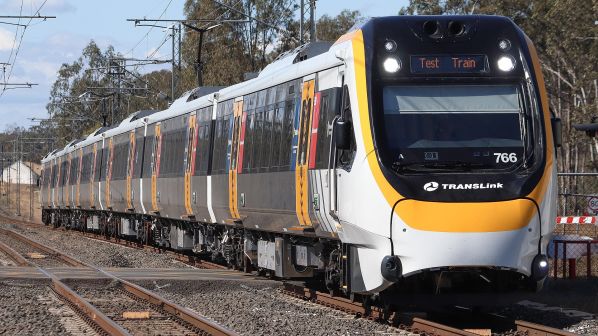 THE Queensland state government has pledged $A 1.12bn ($US 810m) towards improving rail services between Brisbane, Logan, Beenleigh and the Gold Coast, the first steps to improve transport infrastructure ahead of the 2032 Olympic Games.

The funding will be used to construct another two tracks on the double-track section between Kuraby and Beenleigh and remove five level crossings to improve journey times and enable more services from Brisbane to the fast-growing Gold Coast region which will host several Olympic events.

A recently completed business case put the total cost of the project at $A 2.6bn. State premier, Ms Annastacia Palaszczuk, called on the federal government to match the state’s financial commitment.

Meanwhile, the worst flooding since records began has forced the closure of the entire southeast Queensland rail network. The floods, which have claimed eight lives, also caused a freight train to derail near Traveston, north of Brisbane.

“Heavy rainfall overnight has caused significant flooding across our western rail lines, which are closed west of Rosewood,” he said. “Westlander passenger services are currently paused due to Covid-19 impacts. However, freight services are now also temporarily interrupted due to the flooding.

“Our inspections will begin when the water recedes and conditions are safe, [so we are] able to restore the western rail systems as soon as possible.”

“The Sunshine Coast line remains closed between Nambour and Gympie North and buses are replacing trains for Gympie North services, but with local roads also flood-affected, access to some stations has been limited at times,” Riedel said. “We have crews ready to recover the derailment site at Traveston when weather conditions allow and required materials such as ballast and sleepers are also ready on site, but safe access is a must.”