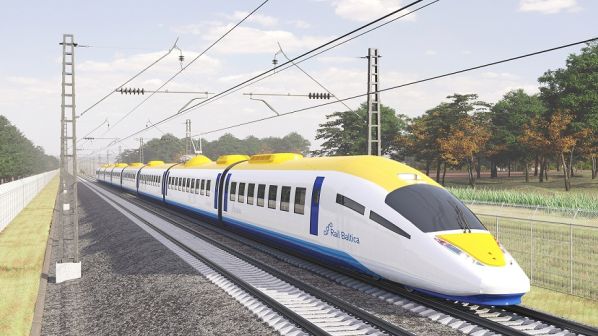 RB Rail, the body implementing the Rail Baltica project, has announced a public procurement for the design and construction of the electrification for the entire Rail Baltica line, covering more than 870km of double-track line in Estonia, Latvia, and Lithuania.

RB Rail says the deployment of the electrification in a consolidated way - from Tallinn to the Lithuania-Poland border and from Kaunas to Vilnius - will be the largest railway electrification project in Europe implemented as a single project. RB Rail says this will allow full compliance with safety and interoperability requirements and will benefit from economies of scale and maximise the benefits for environment.

The procurement will be organised in two stages and is expected to be concluded by the end of 2023. The contract includes the high voltage connection points for connection of traction power substations to the public high voltage electrical grids, traction power substations, catenary, railway energy control command system, and other components directly linked to the project.

“We consider this a truly historical achievement for the Rail Baltica global project and strong evidence of the determination of the Baltic States to implement this project in united way,” says RB Rail head of systems and operation department, Mr Jean-Marc Bedmar. “This is the first time that a procurement of such scope and scale is organised across three countries in Europe with a goal to provide a single electrification system with the same operational and maintenance rules and interoperability requirements.”

The line will require more than 2000km of catenary, around 4350 tonnes of copper and the installation of 50,000 masts. Trains operating on the line are expected to use 900GWh of energy a year, increasing the national consumptions in each Baltic State by 3%.

“In the present geopolitical situation, joining forces is more important than ever, and this procurement is a proof of building maturity of both the Rail Baltica project, but also the EU policies for cross-border strategic project delivery,” says RB Rail chief technical officer and member of the Management Board at RB Rail, Mr Marc-Philippe El Beze.

RB Rail has also launched a public procurement for design and supervision services for the construction of the 78km section from Kaunas (Jiesia) to the Lithuania-Poland border, on behalf of Lithuanian infrastructure manager LTG Infra.

The competition consists of two stages, including an initial qualification stage and a submission and negotiation stage. Applications for the first stage must be submitted by August 1, with the contract expected to be awarded at the start of 2023.

The preliminary design of the section includes 27 road viaducts, 26 railway viaducts, 27 wildlife crossings, 46 culverts, and other infrastructure and utilities.