Railway Industry Association says programme’s methodology could help with the transition to GBR. 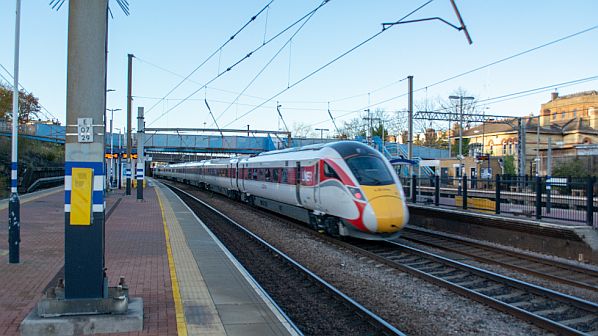 A report published by Britain’s Railway Industry Association (RIA) says the East Coast Digital Programme (ECDP) should lead the way for a national ETCS programme and other major schemes in Britain.

The independent report was produced by RIA following a series of interviews with stakeholders involved in the ECDP, as well as senior industry figures, which found that the programme used an industry and commercial partnership with a greater role for operators and the supply chain.

The report looks at the structure of the programme, which will introduce ETCS onto the 160km section from London King’s Cross station to Stoke Tunnel, south of Grantham, by March 2029.

The report also suggests that the method used for the ECDP should be considered as the default model for future schemes across the industry, including areas such as electrification and rolling stock. This will be especially beneficial as the industry transitions to Great British Railways (GBR) by April 2024.

RIA’s report highlights six key lessons that it says the industry can learn for similar complex programmes, including that:

“The rail industry has a significant challenger over the next 15 years to replace around 65% of current signalling equipment and the only affordable way to do that is to use new digital technology,” says Mr David Clarke, RIA technical director.