Consortium headed by Webuid will undertake works to electrify and increase speeds on 50km section. 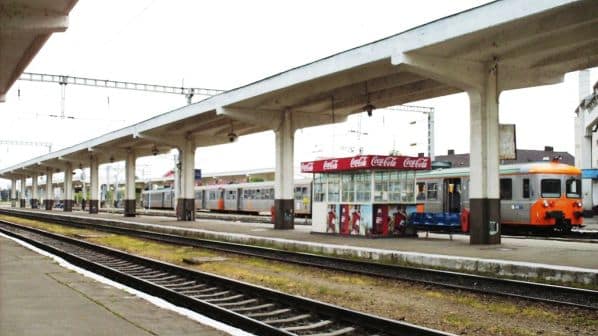 A train in Cluj-Napoca station , starting point of the 50km stretch of line towards Episcopia Bihor, near the Hungarian border, on which Webuild and its consortium partners will design and carry out modernisation works.
Photo Credit: Wikipedia Commons

ROMANIAN Railways (CFR) has awarded a €490m contract, designated Lot 4, to Italian construction company Webuild and its consortium partners Pizzarotti and Salcef to design and carry out modernisation works for an approximately 50km section of the line connecting Cluj-Napoca and Episcopia Bihor close to Romania’s northwest border with Hungary.

The contract, which includes equipping the line with ERTMS Level 2 signalling systems, will become effective once all the foreseen tender procedures have been completed.

Lot 4 includes works to modernise and electrify approximately 50km of existing railway, including five stations at Tilegad, Osorhei, East Oradea, Oradea and Episcopia Bihor, so that passenger trains can travel at 160km/h and freight trains at 120km/h and provide a competitive alternative to road transport while helping to reduce CO2 emissions.

Webuild, which is currently involved in the construction of more than 120km of metro and railway lines in Romania, is leader of the consortium with a 50% stake while Pizzarotti and Salcef have a 30% and 20% share respectively. The Lot 4 construction works are expected to create around 1000 direct and indirect jobs with important spin-off benefits for the local supply chain.

The project will be financed by the European Union (EU) via Romania’s National Recovery and Resilience Plan (NRRP) and is part of a wider programme to modernise and electrify more than 166km of the Cluj-Napoca - Episcopia Bihor line.