Four high-speed hubs to be created in Russian capital. 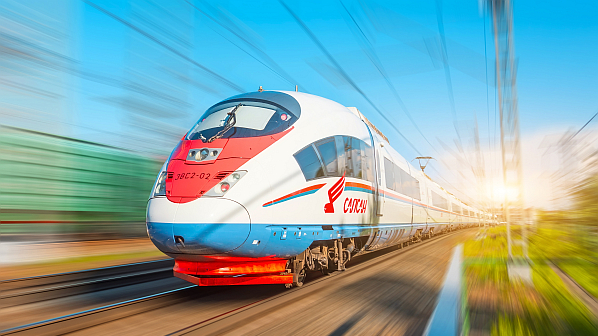 THE first Russian high-speed railway connecting Moscow and St Petersburg will be integrated with the planned Moscow Central Diameter D3 line due to open in 2023.

Four hubs for high-speed train stops will be created in the Russian capital at Zelenograd, Petrovsko-Razumovskaya, Rizhskaya and Leningradskiy stations.

“We continue developing the idea of the maximum free passenger movement on public transport,” says Mr Maksim Liksutov, Moscow Transport deputy mayor. “New routes, services, transport hubs that combine different types of transport are all important components of large cities so that residents or tourists can build flexible routes depending on their needs. This is the same with the high-speed rail.”

In the past 10 years, passenger numbers travelling from Moscow to St Petersburg has risen by 64%, particularly via domestic flights or on Sapsan rail services. It’s also seen as a popular destination for both foreign and domestic tourists.

When it opens, the 680km high-speed line will cut journey times between the two cities from four hours to 2h 30min, with trains travelling at a maximum of 400km/h.

The 82km Moscow Central Diameter D3 line will connect the city’s Zelenograd and Ramenskaya districts and will have 43 stations.