SAN Francisco’s Bay Area Rapid Transit (Bart) has awarded Parsons, United States, a $US 45m design contract for the implementation of CBTC signalling on the metro network, as part of its Train Control Modernisation Project (TCMP). 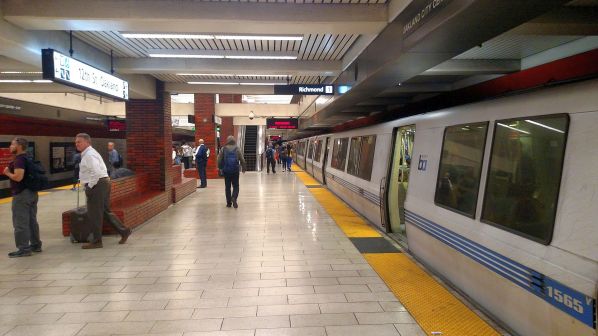 Under the new contract, Parsons will provide design services for the implementation of CBTC, which will replace Bart’s original, early-1970s, track-circuit-based, operator-attended Automatic Train Control (ATC) system on 201km of line, while minimising the impact to revenue.

The new moving-block CBTC system, which will be supplied by Hitachi Rail STS through a contract signed in December 2019, will increase capacity, provide a state of good repair and result in a safer, more efficient transit system.

Parsons is one of two contracted engineering consultant selected to provide services including technical design, engineering, project management and implementation oversight for the project. Systra, with Canadian firm Hatch as a subcontractor, was awarded the second contract in August.

The upgrade is expected to take about 11 years to complete. The system will first be proven on a test track, then rolled out for Bart main line deployment in eight phases.

An earlier CBTC contract from the former General Electric Transportation Systems Global Signalling (GETS-GS), for a system known as Advanced Automatic Train Control (AATC), was cancelled in 1998 amid controversy.

The TCMP is part of Bart’s $US 3.5bn Transbay Corridor Core Capacity Programme (TCCCP), which will expand capacity throughout the entire Bart network.

The programme is a package of strategic investments that will increase train frequencies between San Francisco and Oakland by more than 30%, and overall capacity by more than 36%.

The programme will be funded through a $US 1.17bn Full Funding Grant Agreement (FFGA) with the Federal Transit Administration (FTA) through its Capital Investment Grant (CIG) programme. awarded on September 14.

Bart is also undertaking a separate programme to replace and upgrade existing traction power systems to increase the amount of power available for train operation.