The extension will cut journey times across the city by up to 50%. 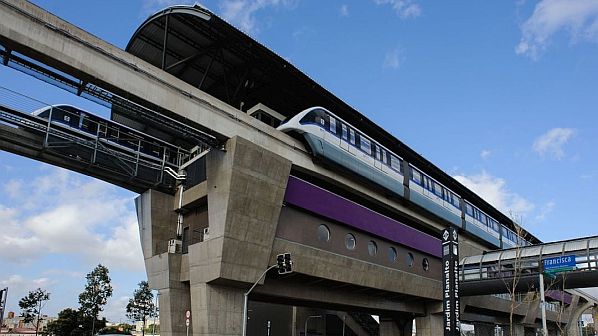 THE vice-governor of the State of São Paulo, Mr Rodrigo Garcia, confirmed that construction of the 2.8km extension of Line 15-Silver monorail, connecting Vila Prudente to Jacu-Pêssego, had commenced on February 24.

This extension should be complete in 2025, at which point Line 15-Silver will be 17.4km long, with 13 stations, two yards and two power substations. The line is currently 14.6km-long and has 11 stations.

When the extension is open, and Ipiranga station is complete, the line will have capacity for 485,000 passengers daily. This is expected to make journeys from the east to the regions of Paulista Avenue, south and southwest of the capital easier, and reduce travel time by up to 50%.

The new Boa Esperança and Jacu-Pêssego stations will be aesthetically similar to other stations on Line 15. They will have the so-called “Green Roof” which covers the slabs of the two accesses. The difference will be the green wall, which will feature a drip irrigation system and a rainwater harvesting system.

Along the entire length of Line 15-Silver there will be a bike path and green infrastructure including sustainable drainage. The 53,000m2  Pátio Ragueb Chohfi Train Yard will provide stabling for new trains and support fleet maintenance.

A feature on São Paulo’s rail expansion was published in the January edition of IRJ. Digital subscribers can read it here.