Second Divača - Koper line to go ahead without Hungarian support

THE second track for Slovenia's key route between Divača and the Adriatic port of Koper will still be constructed without financial contributions from Hungary, according to Slovenia’s infrastructure minister, Ms Alenka Bratušek. 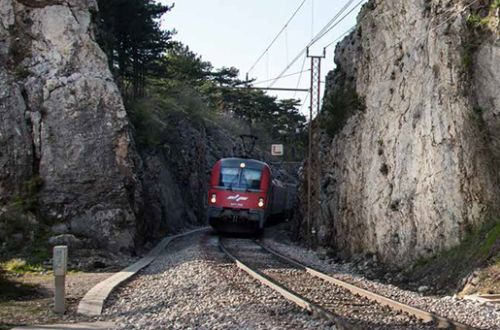 Speaking on Slovenian state television station RTV Slovenije, Bratušek explained that the new government project would be built through the state-owned civil works contractor 2TDKwith no additional pressure on public finances. She believes that Slovenia will be able to build the line alone, with funding from the European Union.

However, requirements in the coalition agreement which formed the new government of prime minister Marjan Šarec requires that talks with neighbouring countries about possible participation in the project will continue.

Slovenia had been in talks with Hungary regarding participation in the project for the past three years and Budapest was expected to invest €200m, according to local media reports.

The project, which will improve railway links with the biggest port in the Northern Adriatic Sea, involves the construction of 27km of track, eight tunnels and two viaducts, and is due to be completed by 2025.

Worth around €1bn, the project originally envisaged €200m of Slovenian capital investment, €200m from neighbouring countries, €250m from European funds and €311m in loans, including from the European Investment Bank (EIB) and the Slovenian Export and Development Bank (SID).

The European Commission (EC) has already provided €109m towards the construction of seven tunnels, while the European Cohesion Fund has provided €80m for eight tunnels and two viaducts.

The EC also earmarked an extra €44.3m from the Connecting Europe Facility (CEF) commission for preparatory works, meaning that the Slovenian government has already been provided with €233m of the planned €250m in European funds.