SERBIA has completed the reconstruction of the 95km line linking Zrenjanin to Novi Sad following a seven year, Dinar 5.5bn ($US 53.1m) project. 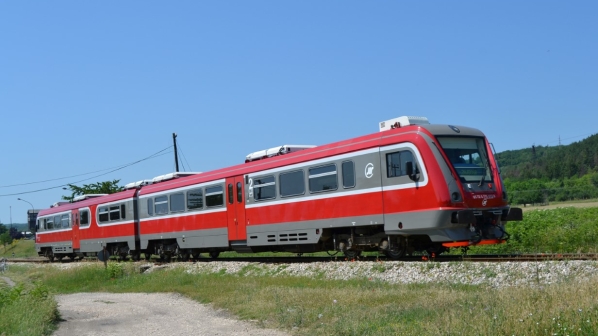 Prior to reconstruction, trains were limited to an average speed of 20-30km/h, dropping to 10km/h on some segments. New Russian-built DMUs are now operating the twice-daily passenger service, running at speeds of up to 80km/h.

The axleload on the line, which connects 15 towns and villages, has also been raised from 18 tonnes to 22.5 tonnes, enabling the operation of heavier freight trains to Novi Sad, Belgrade and the south of Serbia.

The Dinar 10bn Pančevo - Orlovat - Novi Sad renewal project will be completed by January 31 2019, after which the line will be capable of supporting speeds of up to 80km/h and an axleload of 22.5 tonnes.