Contract includes the construction of the first elevated station of the Grand Paris Express. 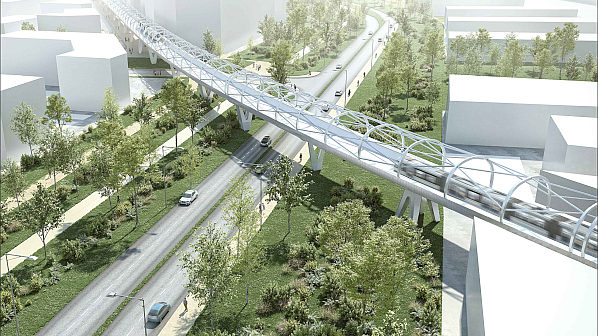 SOCIÉTÉ du Grand Paris (SGP) has awarded a consortium led by NGE and including CIMOLAI, a €328m contract to construct 5km of elevated railway on three structures for Line 17 of the Grand Paris Express project.

The contract also includes construction of the first elevated station of the Grand Paris Express at Parc des Expositions, next to the Villepinte Exhibition Centre.

The 5km elevated railway will be built between Gonesse and Tremblay-en-France, north of Paris. A 3km metal viaduct as well as a 200m-long road overpass will be constructed over the A1/A3 motorways and a 145m-long structure over the RD40 south road. Finally, four structures will be constructed in the embankment ranging from 100m to 1km long.

Civil engineering will be undertaken by NGE Génie Civil as the main contractor, while earthwork and landscaping will be carried out by Guintoli. Foundations will be completed by NGE Foundations and building work will be conducted by NGE Bâtiment. The metal structures will be constructed by CIMOLAI.

This project is located in the central part of Line 17 and is part of the plan to improve transport links to the major economics hubs to the north of the French capital in Le Pleyel, Le Bourget airport and Roissy-Charles-de-Gaulle airport.

Line 17 is a 20.5km line with six stations. It is divided into two sections, Line 17 North and Line 17 South. Commissioning of Line 17 North is planned in phases, with the section between Saint-Denis Pleyel and Le Bourget RER scheduled for 2024, Le Bourget Airport to the Triangle de Gonesse schedule for 2027 and the final section to Le Mesnil-Amelot station in 2030.

For detailed information on rail projects in France, subscribe to IRJ Pro.