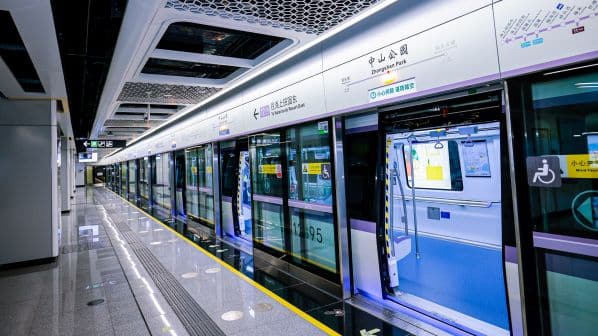 A number of metro and regional lines have opened across China, with the Shenzhen metro surpassing the 500km mark.

The Line 6 extension is being built in two phases, with the first phase running 6.13km from Guangming station to SIAT on the boundary of Shenzhen and Dongguan, with four stations.

The line is operated with B-type trains, supplied by CRRC, which are equipped with battery traction and a radar-assisted collision-avoidance system, along with LCD passenger information screens featuring a route map.

The first phase of the Lijiang Tour Train project, a 20.8km line from the Unesco world heritage site at Lijiang Old Town to the national Yulong Snow Mountain scenic location, opened on November 28.

The line in Lijiang city in Yunnan province has a design speed of 70km/h and has a maximum 5.5% gradient and a 50m minimum curve radius. The trains feature panoramic windows and will serve many tourist sites including Yushui Village, Dongba Valley and Ganhaizi Meadow, with an end-to-end journey time of 20 minutes.

Construction of the railway began in September 2020, and project teams have overcome many difficulties such as unfavourable geological conditions, high altitude and measures to protect the fragile environment.