The facility in Goole will be used to manufacture the new Piccadilly Line fleet. 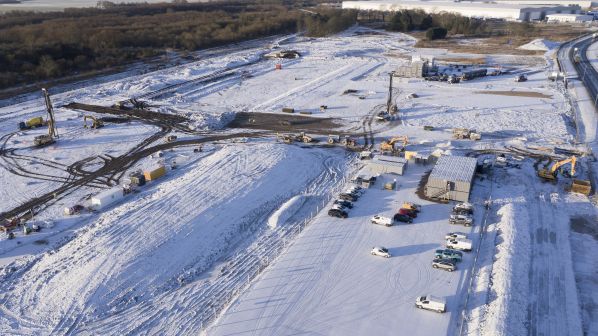 In addition to the main facility, GMI will construct 4.5km of track to connect with the mainline network.

Siemens says GMI’s commitment to using local suppliers, an emphasis on employment skills and education, and its record of project delivery were key in the Leeds-based firm securing the contract. Another £10m in contracts have been awarded for the facility, including to C R Reynolds (enablement works), Clay 10 (site visuals) and Premier Modular (temporary offices).

The facility, announced in March 2018, is the first phase of Siemens’ new £200m train manufacturing plant and rail supply chain village. The first trains to be manufactured in Goole will be new trains for London Underground’s Piccadilly Line.

The Goole development, which is scheduled to open in 2023, will create up to 700 direct jobs, with a further 250 roles created during construction and an additional 1700 indirect supply chain opportunities.

“We want to create more than just a rail manufacturing factory, this is about generating long-term investment, skills and jobs,” says Mr Sambit Banerjee, managing director of Siemens Mobility Rolling Stock and Customer Services. “We are actively looking for as many UK suppliers as possible to contribute to Goole’s success. The appointment of GMI as main contractor, with shared values and growth ambitions for the local area, is a clear step in the right direction.”

“I am delighted to see the huge strides that have been made by Siemens Mobility since I visited their site in Goole last summer,” says British prime minister, Mr Boris Johnson. “As they develop the state-of-the-art rail facility, their commitment to invest in local suppliers - boosting jobs and unlocking growth in Yorkshire - is a fantastic example of how we can level up across the country and build back better from the pandemic.”