A 5km bored tunnel and an interchange station are due for completion in 2032. 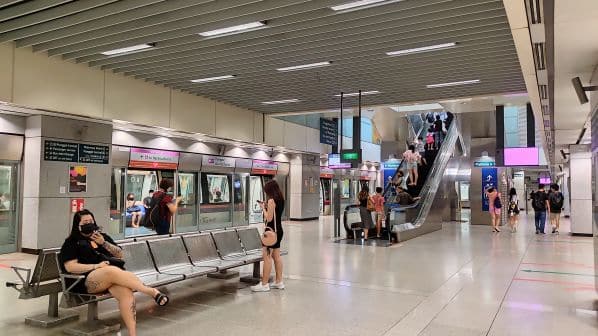 The first is a $S 758m ($US 558.78m) contract to design and build a 5km tunnel for Phase 2 of the project (CRL2). The bored tunnel will be located between Fairways Drive and Sin Ming Walk and 2km of it will pass beneath the Central Catchment Nature Reserve.

The double-track tunnel will be constructed by a joint venture of Obayashi and Shanghai Tunnel Engineering Co (Singapore) and LTA says that a slurry tunnel boring machine (TBM) with a diameter of 12m will be used in the project.

The tunnel will in places be up to 70m below the surface - deeper than the usual 20-30m on the Singapore metro network. LTA says measures will be taken to mitigate environmental impact such as reducing or relocating construction sites that are close to ecologically-sensitive areas.

LTA has awarded a separate $S 496m contract to build the Punggol interchange station on the CRL Punggol extension (CPe). This station will be located in Punggol Central and the contract has been awarded to Who Hup of Singapore.

The construction project will also include alterations to the existing North East Line (NEL) station at  Punggol to facilitate interchange between the NEL, LRT and new CPe station.

Construction work on both the CRL2 tunnel and the CPe Punggol interchange station is expected to start in the first half of 2023, with opening of both projects for passenger service due in 2032.

The 15km CRL2 will run from Turf City to Jurong Lake District with six underground stations and will improve connections to the western part of Singapore.

The 7.3km CPe is expected to cut journey times between Punggol Central and Pasir Ris by 25 minutes. It will have four underground stations, three of which will be interchange stations.

A third phase extension of the CRL is also planned but the LTA says engineering studies must be completed before any further details are announced.