SPAIN inaugurated a 110km section of the Madrid - Galicia high-speed line between Zamora and Pedralba de la Pradería on October 26. 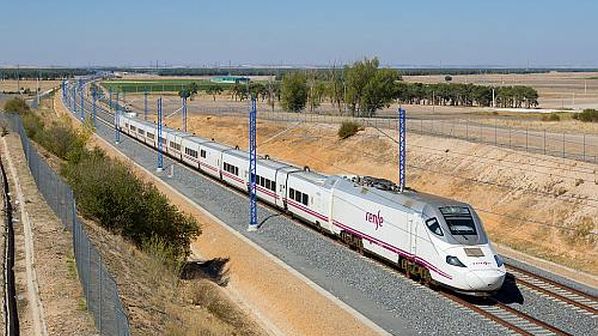 The new section, which opened to traffic on October 27, cost €898m, and expands the Spanish high-speed network’s total length to around 3567km.

The section reduces travel times between Madrid and the major Galician cities, including 24 minutes to A Coruña, 31 minutes to Vigo, 39 minutes to Ourense, 41 minutes to Santiago de Compostela, 1h 2min to Lugo and 1h 26min to Pontevedra.

Renfe plans to further increase the frequency of services once demand recovers to pre-Covid levels.

This frequency increase is supported by the introduction of new services, including a Madrid - Santiago - Pontevedra train, which provides a direct Vilagarcía de Arousa - Madrid connection for the first time.

Additionally, new services between Santiago and A Coruña, Santiago and Vigo and Ourense - Lugo have been introduced, and the previously weekday-only Vigo - A Coruña service will also operate on weekends.

The work, which is part of the wider Castellón - Valencia section of the Mediterranean TEN-T corridor, is centred around the northern end of the station, and will be carried out overnight to minimise disruption.

The work is being co-funded by the Spanish government and the European Union (EU), through its Connecting Europe Facility (CEF).