PLANS to build a tunnel and underground platforms beneath Frankfurt Main Station to avoid long-distance trains having to reverse direction have taken a step forward with the launch of a feasibility study on September 16. 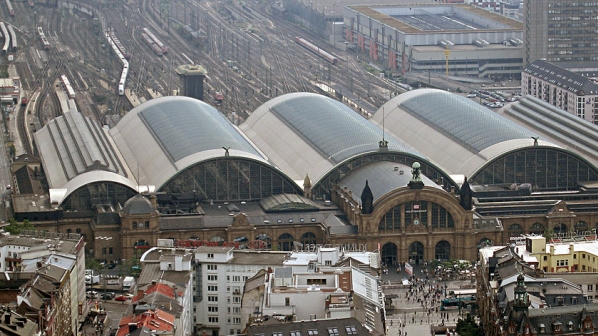 The project envisages an east-west line running underneath the current terminus station, which would continue to operate with its existing platforms.

The study, by German Rail (DB) and the Ministry of Transport and Digital Infrastructure (BMVI), will look at solutions to provide a four platforms underneath the above-ground terminal station, which is currently a bottleneck. DB says around two thirds of intercity services in Germany pass through Frankfurt Main Station.

Moving long-distance services below ground would free up capacity for regional services in the existing station, and potentially reduce travel times by eight minutes.

The study will examine the costs and technical requirements of the project, as well as considering the pros and cons, with the results expected in the spring of 2021. The study will also consider whether to connect to the network east of the station on the north or south side of the River Main.

Secretary of state for transport, Mr Enak Ferlemann, says the tunnel could be completed by 2036 at a cost of around €3.5bn. This would make the project much less costly than the similar but larger Stuttgart 21 project to realign Stuttgart Main Station and move it underground with through tracks, which has run into repeated cost and time overruns. That project is now expected to cost around €7.6bn and is not due to open until 2024, three years behind schedule.

BMVI upgraded the project to high priority in the Federal Transport Infrastructure Plan in autumn last year, and commissioned a study into its potential benefits.

The report was based on the assumption that long term projects such as the extension of the S6 line to Friedberg and the Gateway Gardens suburban station will be completed.