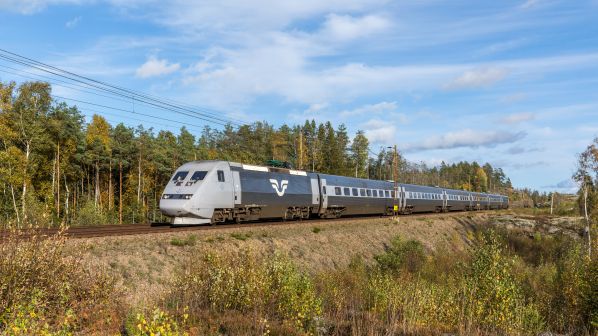 THE Swedish government has announced a new national transport infrastructure plan that will see the record sum of SKr 881bn ($US 86.6bn) spent in 2022-2027.

The government says that Sweden is at the forefront of tackling climate change, “thanks to large green investments and clear political direction.” It intends to demonstrate how reducing emissions can create jobs and export opportunities.

The national plan contains comprehensive measures to maintain and develop Sweden’s transport infrastructure. The government says that it will help provide better access to labour markets, contribute to regional development, increase cohesion in the country, improve competitiveness and help the nation meet its climate change goals.

Of the SKr 881bn, SKr 82bn will be provided by receipts from congestion tax and track access charges, supplemented by co-financing.

The remaining SKr 799bn is to be allocated so that SKr 165bn will be spent on the operation and maintenance of the national railway network, and a total of SKr 437bn invested to develop the Swedish transport system across all modes.

Projects costing more than SKr 100m include a package of capacity enhancements on the East Coast Line. The government says that projects to provide four tracks between Uppsala and the Stockholm county border and increase capacity between Gävle and Kringlan are receiving more funding than originally proposed by the Swedish Transport Administration (Trafikverket), meaning that work can be completed in a shorter timescale.

Funding will be significantly increased for the Southeast Link (Sydostlänken), which comprises electrification and upgrading of the 41km between Älmhult and Olofström, and 17km of new railway between Olofström and Blekinge.

Also benefitting from increased funding are the projects to provide double track between Maria and Helsingborg Central, and between Laxå and Alingsås.

The government says it has also added new railway projects to the national infrastructure plan, including the Coast to Coast Line, doubling Växjö - Räppe and capacity-enhancements between Östersund and Storlien.

The plan will also see investment continue in Sweden’s Y-shaped high-speed network connecting Stockholm with Gothenburg and Malmo, and includes funding for construction of the sections from Södertälje near Stockholm to Linköping, from Gothenburg to Borås and from Hässleholm to Lund.

Planning will be undertaken for the remaining stages, running from Linköping via Jönköping to Borås and from Hässleholm to Jönköping.

Several railway projects in northern Sweden are being brought forward, including the Dåva - Skellefteå section of the extension of the North Bothnia line. Funding is being provided for new projects on the Malmbanan, the heavy-haul railway that carries iron ore from Luleå and Kiruna to Narvik.

Under the government’s freight transport strategy, Trafikverket will provide up to SKr 600m in 2022-2027 to fund “sustainable transport solutions” that increase intermodal traffic.

In order to promote sustainable urban environments, Trafikverket will provide up to SKr 6bn to municipalities and regions for measures that increase public transport’s market share, or make freight transport more sustainable. The government says Trafikverket should ensure that this funding is distributed more evenly and benefits the entire country.

“The government is making the largest infrastructure investment ever,” says minister of infrastructure, Mr Tomas Eneroth. “We are restructuring the transport system and pushing for the green industrial revolution with investments throughout the country.

“We are making massive investments in railways throughout the country. The infrastructure plan will provide jobs, new housing and a climate-smarter transport system.”