Audit by Czech Republic’s Supreme Audit Office found that some projects had been delayed by years. 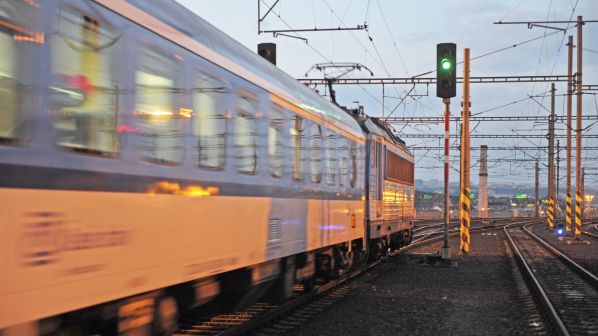 CZECH infrastructure manager SŽ has responded to an audit conducted by the Supreme Audit Office (SAO) which has examined how the Ministry of Transport and SŽ made use of government and European Union funding to upgrade non-corridor routes between 2016 and mid-2021.

The SAO found that some projects had been delayed by years, “which has a significant impact on cost growth,” with the cost of 59 priority projects rising from the ministry’s 2013 figure of Koruna 226.5bn ($US 9.35bn) to Koruna 441bn, an increase of 95%.

The SAO also says that only nine of the 39 defined projects were completed within the timescale set for the works. In addition, the audit found that SŽ had provided insufficient justification for prioritising some projects, had extended the timescale of the approvals process, and had not met project objectives in full.

In response, SŽ points out that the audit was based on comparing project delivery against the “conceptual and strategic material” contained in the Transport Sector Strategy approved by the Ministry of Transport in 2013.

SŽ does not think it is relevant to compare current total investment costs, based on completed design work reflecting the scope of the project, with the construction cost estimates contained in the strategy.

These estimates “are not supported by any analysis or prepared documentation such as a project plan or feasibility study,” says SŽ, and often assume “a significantly different scope of works.”

“This gives the impression of disproportionate cost escalation throughout the project preparation process,” according to SŽ. “The overall scope of the projects was only derived from the specific technical solution and emphasised the actual costs in the given period, taking into account real price increases and other influences such as inflation.”

As an example, SŽ cites the upgrade of the Prague - Kladno route and the new rail connection to Václav Havel Airport, a project in the planning stage since the early 1990s.

Since that time, the detailed design of individual structures and their scope have been modified, often to meet the requirements of local authorities such as abolishing level crossings and building new underbridges.

For example, SŽ says that progressing to detailed design of the bored tunnels on the Dejvice - Veleslavín section generated a significant increase in costs.

This was also the case for the upgrade and electrification of the Otrokovice - Vizovice line, where the scope of construction work was significantly increased by the addition of a tunnel several hundred metres in length, several overbridges and the installation of ETCS.

Responding to SAO criticism of the time taken to deliver projects, often exceeding original project timescales, SŽ says that this is due to a number of external factors, including co-ordinating work undertaken by different parties at the individual stages of project development.

In the event of shortcomings or defects in project preparation, SŽ says that it focuses on checking the quality of the work delivered so that any shortcomings can be resolved by means of contract penalty clauses, avoiding any price increase.

On project objectives, SŽ says that these were met in terms of technical parameters such as line speeds. It points to the upgrade of the Havlíčkův Brod - Okrouhlice section, where the required line speed has been delivered but making full use of this capability depends on operators deploying suitable rolling stock.

Despite these objections, SŽ says in conclusion that it sees the SAO audit as an incentive to improve the quality of preparatory processes and the implementation of infrastructure upgrade work.

Aware that there are still some areas for improvement, SŽ will address them “by consistently checking the quality of work by designers and contractors. This will help us to minimise the risk of cost over-runs and extended project delivery timescales.”