A Sinara joint venture will partially fund the project and carry out the work including the supply of new LRVs. 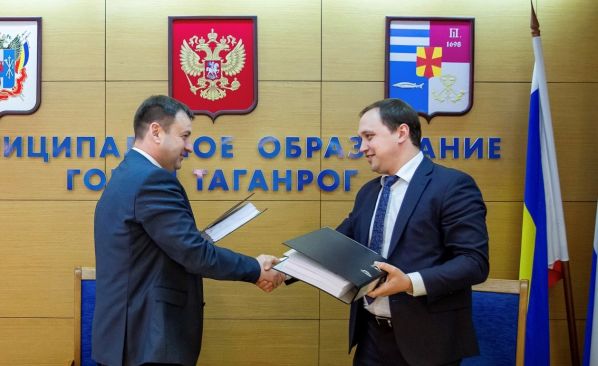 The Roubles 11.84bn ($US 161m) project will be funded by the city, which will contribute Roubles 2.58bn, and Sinara GTR Taganrog which will fund the remaining Roubles 6.86bn using Roubles 2bn of own funds and by attracting credit funds from the State Development Corporation VEB RF.

Taganrog, which is situated west of Rostov-on-Don and is the birthplace of Anton Chekhov, currently has a 21km 1524mm-gauge tram network electrified at 550V dc. The project entails laying 45km of new tracks and supplying 60 single-section 100% low-floor LRVs.

The LRVs will be fitted with an automatic announcement system, a ticket machine, CCTV, and charging points for electronic devices. The vehicles will also have an alarm and orienting systems for visually impaired passengers.

The project will be carried out in two phases. Implementation of the first phase, which will be completed by the end of this year, involves the supply of 10 LRVs, reconstruction of three traction substations, the modernisation of the operations control station in R Luxemburg Street, and laying new track between Red Kotelshchik factory and Dobrolyubovskiy Lane. The second stage is scheduled for completion in September 2022. By then, all construction work under the agreement will be completed and all the new LRVs will be in service.