TAIPEI’s city government has awarded a contract to equip Phase 2 of its Wanda - Zhonghe - Shulin Line metro extension to an Alstom-led consortium with Taiwanese firm CTCI. 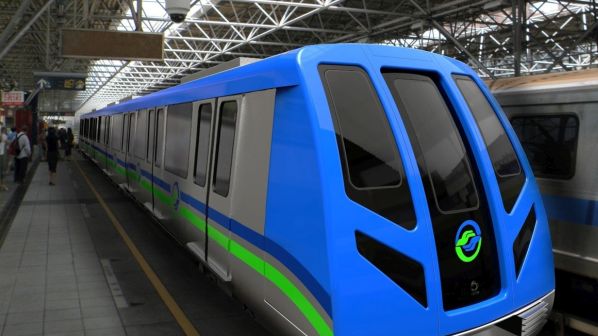 The new contract follows the consortium's work on Phase 1 of the project.

Alstom will receive a €248m share of the contract under which it will supply 16 additional automated four-car Metropolis trains, as well as communication-based train control (CBTC) signalling systems, a supervisory control and data acquisition system, and platform screen doors.

The trains will be manufactured at Alstom’s factory in Taubaté, Brazil. Meanwhile, the signalling systems will be produced at its French and Indian sites in San-Ouen and Bangalore.

In addition, both Alstom and CTCI will jointly carry out project management and system integration.

The Taipei Metro Line 7 project will interchange with five of the city’s six existing metro lines upon completion and provide significantly better connectivity across the network.

The Phase 2 extension will add an additional 13.3km and 13 stations to Phase 1, and when finished in 2028, is intended to improve connections between the municipalities of Taipei City and New Taipei, providing more convenient access to the districts of Chong-he, Shu-lin, Tu-chen and Xin-zhuang.

The 9.6km Phase 1 of the project, between Chiang Kai-shek Memorial Hall and Jicheng Road, is under construction with an estimated completion date of 2025.

The contract follows Alstom’s involvement in several projects in Taiwan. Alstom previously provided signalling systems to five lines of the Taipei metro line and has been contracted to provide a driverless signalling system for Taichung metro’s Green Line.