The project was first proposed in 2017. 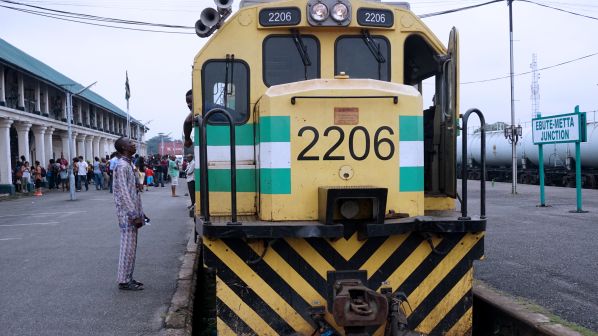 TALKS are reportedly underway to develop a new railway between Parakou, Benin, and Ilorin, Nigeria, to improve trade between the two countries.

Nigerian-based news site Railbus reports that technical teams from both countries have met in Abuja, with both parties expressing optimism that the interaction will lead to the project being launched.

Parakou is the administrative centre of the Borgu region of Benin. The roughly 234km Parakou - Ilorin route was originally proposed by the Petrolin Group in 2017 at an event organised by Africa Finance Corporation in Abuja, but was not taken forward due to legal disputes.

Railbus reports that while the Benin - Nigeria project is still at the conception stage, the technical meeting is seen as a bold step confirming the political will on the part of both governments. The new line would connect with the Lagos - Kano line, which is currently being extended to Maradi in Niger.

Nigeria is looking to improve connections with its neighbouring countries, with plans to construct a line from Maiduguri to N'Djamena in Chad. The talks follow increasing emphasis on regional rail connectivity under the African Continental Free Trade Area and the African Union continental railway agenda.

Benin is also hoping to improve access to its northern region to enhance the North-South transport corridor. The African Development Bank (AFDB) has spearheaded the Parakou Urban Transport Project which aims to improve public transport and living conditions in Parakou and the surrounding area.