The contract was awarded to Turkish contractor Yapi Merkezi. 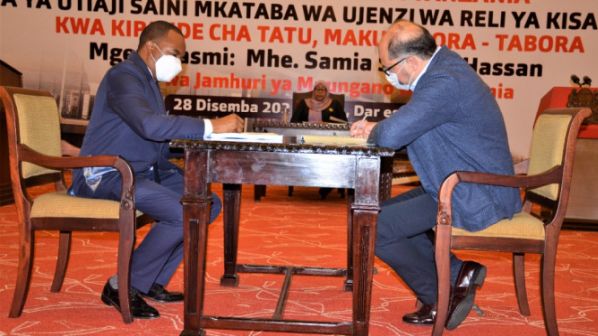 The signing was overseen by the president of Tanzania, Ms Samia Suluhu Hassan.
Photo Credit: TRC

Overseeing the signing, the president of Tanzania, Ms Samia Suluhu Hassan, said the contract took the total investment in the SGR project to Shillings 14.7 trillion ($US 6.38bn).

The Makutupora - Tabora section includes 294km of mainline and 74km of branch lines, with seven stations along the route. The contract includes construction of the single-track line and the signalling and electrification, and will be completed in October 2025.