The line is due to reopen on March 15. 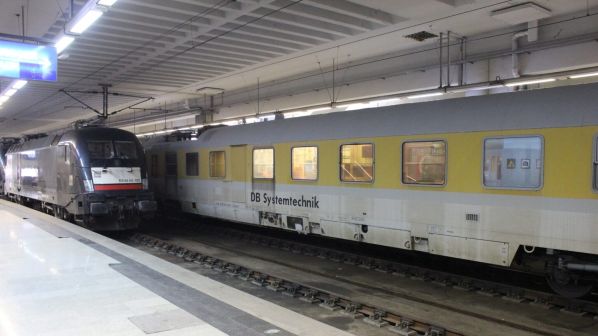 A DB Systemtechnik measuring train has arrived in Serbia to carry out test runs on the newly-upgraded 74.9 km Belgrade - Novi Sad line.

The train, formed of two Siemens 230km/h ES 64 U2 electric locomotives leased from MRCE and three DB Systemtechnik measuring cars, made its first test run on January 17. According to Serbian infrastructure manager IŽS, DB Systemtechnik will continue to carry out testing daily until February 4, with the train operating at up to 200km/h. The test programme will verify the performance of the infrastructure, monitoring track geometry, ETCS and electrification among other parameters.

Modernisation of the line is part of the upgrading of the Belgrade - Budapest corridor.  Reconstruction of the 108.1km section from Novi Sad to the Serbia-Hungary border north of Subotica is due to be completed in 2024.