China wants to accelerate projects to connect the China-Laos line with Thailand. 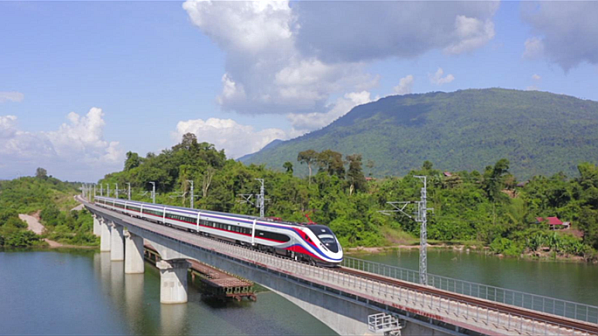 THE Yunnan Province in China has issued a three-year action plan which aims to accelerate the connection between the China-Laos railway with Thailand’s railway as well as start construction of the Taraleng - Thailand Nong Khai line.

The China - Laos railway opened on December 3, and by February 17 the Chinese section had transported 1.3 million passengers and 164,200 tonnes of freight.

China’s National Development and Reform Commission (NRDC) says it expects that more than 9 million passenger per year will use the China - Laos railway and that more than 3.4 million tonnes of import and export goods will be transported on the railway by 2024.

The plan says it is necessary to start construction of the line from Laos to Thailand as soon as possible.

The NRDC says it will promote cross-border e-commerce, postal express delivery and other distribution networks for south and southeast Asia via the extended railway. The NRDC also said there are plans to optimise the implementation of a visa-free travel policy and better serve the Mohan railway port.