The line is due to open on December 2. 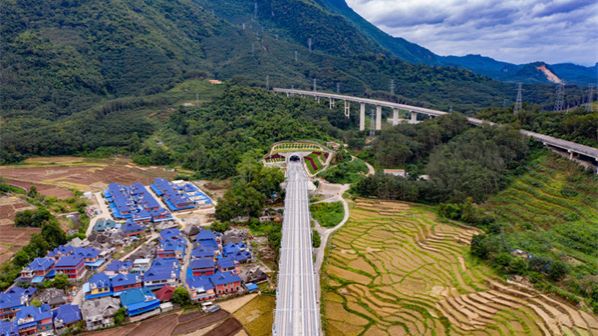 TRACKLAYING on the 1024km China - Laos Railway was completed in October 12, with Laos prime minister, Mr Phankham Viphavanh, confirming that the line is due to open as scheduled on December 2. The line will connect Kunming, in China’s Yunnan province, with Vientiane, the capital of Laos, reducing travel times significantly compared with the current 20-hour journey by road.

The opening of the line will coincide with the 46th anniversary of the establishment of the Laos People’s Democratic Republic, and the government is planning a celebration centred on the opening of the railway in line with current Covid-19 restrictions in the country. Authorities are also developing freight and passenger inspection measures that will be introduced at the Laos-China border.

Construction on the project, which is part of China’s Belt and Road Initiative and Laos’ strategy to convert itself from a landlocked country to a land-linked hub, began in December 2016. The railway has 167 tunnels with a combined length of 590km, reflecting the mountainous terrain through which the line runs.

The electrified line, which is a mixture of single and double track, will initially be used by freight trains operating between 22 freight depots, with passenger services between the line’s 11 stations due to be introduced after Covid restrictions are lifted. Seven-car EMUs, which have capacity for 720 passengers including 56 in first class, will operate on the line.