Traffic would include manganese exports from Northern Cape province. 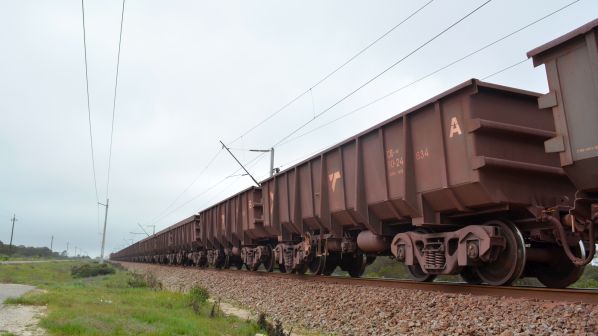 TRANSNET National Ports Authority (TNPA) has issued a Request for Qualifications (RFQ) seeking to identify experienced developers to design, fund and build a new deep-water port at Boegoebaai in the Northern Cape province of South Africa, and a new 550km railway to connect it to mining and industrial centres.

Responses to the RFQ must be submitted by November 2.

The project’s main focus is to provide a cost-effective logistics solution for manganese exports from North Cape province. TNPA says that this emerging industry is currently constrained by high transport costs and insufficient capacity on existing export corridors.

The new port at Boegoebaai would be built on a greenfield site to handle up to 17 million tonnes of dry bulk commodities a year, as well as containers, break-bulk commodities, diesel fuel and hydrogen under plans to develop it as a green hydrogen hub.

Respondents to the RFQ are required to undertake desktop studies to identify and cost possible rail routes to Boegoebaai, which were identified by an initial pre-feasibility study carried by TNPA in 2015.

Respondents should also consider “any other feasible options that may be identified,” TNPA says.

The new connection to Boegoebaai will be built to heavy-haul standards, with an axleload of 30 tonnes on 1067mm-gauge track, and will be electrified at 50kV ac.

Operational design criteria include a maximum speed of 60km/h and a minimum curve radius of 300m. The maximum ruling gradient in both directions will be 1 in 80.

According to TNPA programme director, Mr Magenthran Ruthenavelu, the authority is aiming to have the new port in operation by 2026.

“Over and above the catalytic effect of new port and rail infrastructure on the local economy, the investment could also provide an additional, cost-effective channel to market for manganese exporters in the province,” Ruthenavelu says.

“It will bring much-needed relief to emerging miners who are currently restricted by high road transport costs and no access to current export channels due to capacity constraints.”