TfL expects £18.8bn Crossrail project to open in stages from first half of 2022. 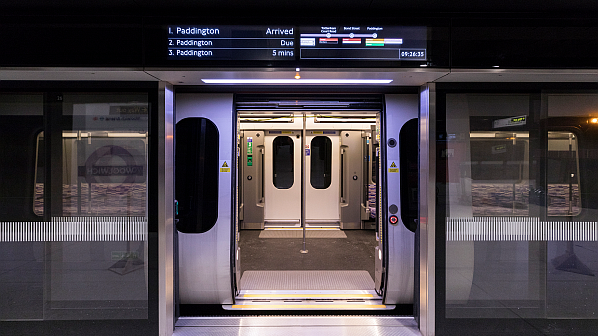 TRIAL operation began on Crossrail on November 20, the final step before the delayed line through central London finally opens next year.

The trials involve operational exercises to ensure the safety and reliability of the 23km Abbey Wood - Paddington section of the new railway and to fully test the timetables. More than 150 scenarios will be carried out during the coming months so that all systems are ready for public use.

In early-2022 a series of more complex exercises will be conducted that will include the evacuation of trains and stations using thousands of staff and volunteers. These activities will be undertaken by London Underground, Transport for London (TfL), MTR Elizabeth Line, Network Rail and London’s emergency services.

TfL says that only when the highest levels of safety and reliability are proven will it confirm a specific opening date for the new railway. The opening is expected in the first half of 2022. The final cost will not exceed the £18.8bn budget inherited by TfL when it assumed full control of the project in October 2020.

When it does finally open, Crossrail, which eventually will be rebranded the Elizabeth Line, will initially operate as three separate railways. These will be the existing 32.4km Shenfield - London Liverpool Street east, 57.5km Reading - London Paddington and 23.2km Heathrow Central - London Paddington west sections. Passengers will need to change to the low level Crossrail platform at Paddington.

However, TfL hopes to implement a revised earlier full opening of the line, with trains from the western section connecting with the central section in autumn 2022 and the full service across the entire 118km network expected to start no later than May 2023.

“It will take several months to complete this final phase,” says Mr Mark Wild, Crossrail chief executive. “This is an immensely complex railway and we must be able to demonstrate the highest levels of reliability. Everyone is working hard to deliver the Elizabeth Line as soon as practically possible, and we remain on track to commence passenger services in the first half of 2022.”

“The next few months are crucial to making sure the railway can open safely next year, and everyone is working incredibly hard to reach that goal,” says Mr Sadiq Khan, mayor of London. “The Elizabeth Line will transform travel in London and the South East, dramatically improving transport links, supporting regeneration and boosting our economic recovery,” he said. TfL says that Crossrail will increase rail capacity by 10% in central London.

Trial running on the central section began in May with up to 12 trains per hour running through the central tunnels. This was designed to test reliability and flush out issues with the signalling and software.

Further software adjustments to the class 345 EMUs and signalling and tunnel ventilation system upgrades will be carried out in December and over the Christmas period. Bombardier Transportation (now Alstom) built the EMUs with the majority now operating as nine-car sets, having initially been introduced as seven-car trains.

Eight of the 10 central section stations have been handed over to TfL with Canary Wharf the next to transfer. The final station will be Bond Street which was delayed much earlier in the project.

Trains were due to have begun carrying passengers through the central section of the line in May 2018 and across the entire network between Shenfield and Abbey Wood in the east and Heathrow Airport and Reading in the west should have been open from December 2019.

For in-depth data on infrastructure projects in Britain, subscribe to IRJ Pro.

An interview with Crossrail chief executive Mr Mark Wild was published in the August edition of IRJ and is available to digital subscribers here.