Up to 18 stations and a five-minute frequency feature in preferred Auckland Light Rail route. 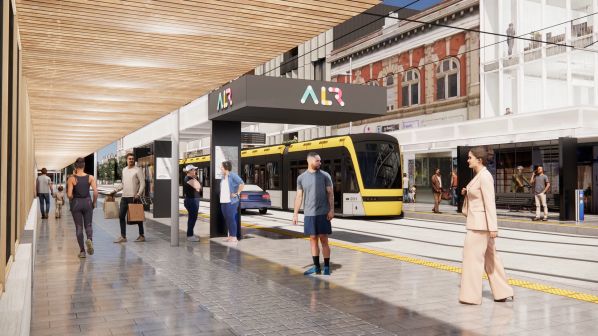 THE New Zealand government has confirmed its chosen route for the Auckland Light Rail project which is designed to integrate with other major infrastructure projects in the city.

The new 24km system will link the city centre with the airport using an option recommended by the Auckland Light Rail Establishment Unit. Under the plan, the line will operate in a tunnel from Wynyard Quarter to Mt Roskill, before running alongside the SH20 highway to the airport. There will be up to 18 stops, with services operating every five minutes.

The system will have capacity for up to 15,000 passengers per hour at peak periods, four times more than a dedicated busway. The government claims that the LRT line will take 12,000 cars off the road.

The new LRT system will be integrated with current train and bus hubs, and can be extended to the North Shore and northwest without having to transfer between lines.

Auckland’s population is projected to rise to two million by the early part of the next decade, and that well-planned and connected infrastructure was required as a result. The government estimates that the new system will create up to 66,000 new homes by 2051 and open up housing along the corridor between Mt Roskill, Onehunga and Mangere.

The government also confirmed it would bring forward the timetable to plan a second crossing over Waitematā Harbour to the north of the city centre, in addition to the existing Auckland Harbour Bridge. This could include either a second bridge or a tunnel, which would carry either cars or public transport such as light rail, or a combination of modes.

Meanwhile, joint venture Auckland One Rail has commenced operation of the Auckland Passenger Rail network on an initial eight-year contract. This includes provision of drivers and other train staff, development of timetables, station operation and maintenance, safety and security, and customer facing activities.

The new franchise owner is a joint venture between UGL and ComfortDelGro Transit (CDGT). The new deal includes introducing new services through the City Rail Link, which is planned for completion in 2024.

For more data on projects in New Zealand, subscribe to IRJ Pro.