One contract includes management and supervision of works around Susa, Italy. 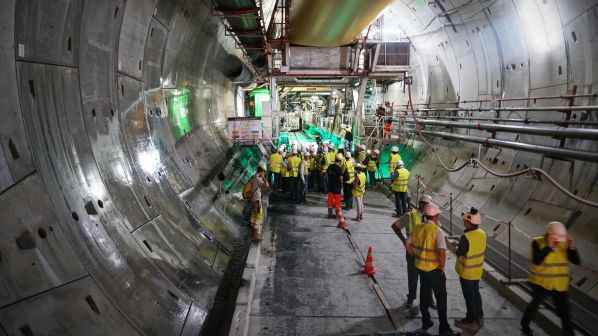 A consortium of Italferr, Systra France, and Pini Group has won a contract worth around €18m for management and supervision of works planned for sites 1 and 2 around Susa, Italy, notably the 2km dual-bore Susa-Bussoleno interconnection tunnel, Susa international station and trackwork between the east entrance of the base tunnel and the west entrance of the Susa-Bussoleno interconnection.

The contract will also cover the railway and technical buildings serving the line, the connection of the new line with the existing railway at Bussoleno as well as three bridges over the Dora Riparia.

On the French side, a Systra-led consortium comprising WSP and Richez Associés has won a contract worth approximately €5m to manage construction of the international station at Saint-Jean-de-Maurienne. Work will require adapting the existing 3.8km railway to accommodate high-speed cross-border trains.

The project includes a 57.5km twin-bore base tunnel between St Jean de Maurienne, France, and Chiomonte, Italy, allowing passenger trains to cross the Alps at 220km/h and freight to operate at 120km/h. Construction of the base tunnel is expected to be completed in 2032.