A second Hudson River tunnel has come a step closer to reality on the busy New York - Newark section of the Northeast Corridor. 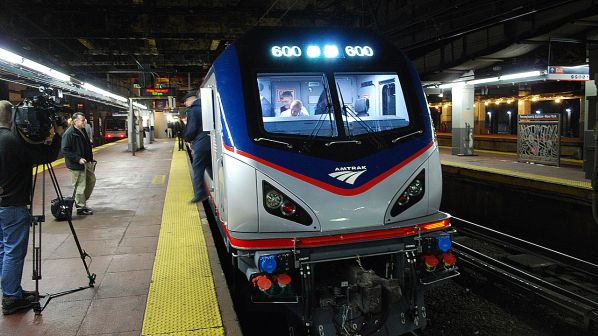 A critical federal component of the Hudson tunnel project, part of the Gateway Programme on the Northeast Corridor (NEC), has received a Final Environment Impact Statement (EIS) and Record of Decision (ROD) from the Federal Railroad Administration (FRA) and Federal Transit Administration (FTA).

“Completion of the Final EIS and ROD represents US Department of Transportation’s (USDOT) commitment to working with New Jersey Transit and the Port Authority of New York and New Jersey, in coordination with other project partners including Amtrak and the Gateway Development Commission (GDC), to advance the Hudson tunnel project toward final design and construction,” FRA and FTA said in a joint statement.

The ROD represents completion of the federal environmental review process required under the National Environmental Policy Act of 1969. “While no federal funding has been dedicated for the project to date, completion of these two steps is a prerequisite for FRA or FTA to direct future federal funding to advance this project through pre-construction activities such as engineering, final design development and property acquisition, as well as construction,” USDOT said.

The Final EIS incorporated changes made in response to public comments received on the Draft EIS from a broad range of stakeholders. It sets out a rigorous evaluation of the preferred alternative, which entails construction of a new rail tunnel under the Hudson River, including railway infrastructure in New Jersey and New York connecting the new rail tunnel to the existing NEC. It also includes rehabilitating the existing North river tunnel once the new tunnel is complete. When the rehabilitation is complete, both tunnels would be in service to increase capacity and improve operational flexibility for both Amtrak and NJ Transit.

“This is a big step for the Northeast, and for the entire country, as these tunnels connect so many people, jobs and businesses,” said US Secretary of Transportation, Mr Pete Buttigieg. “Now we need to make sure to provide the funding America needs to deliver world-leading infrastructure in this region and in every part of the country.”