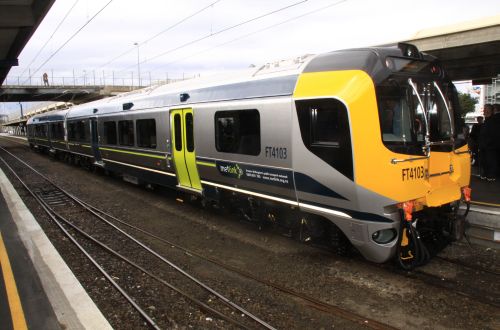 The investment through the National Land Transport Fund includes $NZ 50m for track improvements for the Wairarapa line and an additional $NZ 46.2m for the line south of the Rimutaka Hill tunnel, including track doubling between Trentham and Upper Hutt.

Tracks, sleepers and bridges will be renewed on the Wairarapa Line to remove speed restrictions and increase reliability, while sections of the Kapiti and Johnsonville lines will also be renewed, including stabilising higher-risk slopes, to improve safety and reduce the risk of land slips that cause delays.

The Greater Wellington Regional Council has committed a further $NZ 3m to improve stations as part of the Trentham - Upper Hutt track doubling.

“The network is ageing and parts of it are nearing the end of their useful life, which means there have to be speed restrictions and more likelihood of delays,” says national operator KiwiRail acting chief executive, Mr David Gordon. “This funding will allow KiwiRail to get the network up to standard and make improvements that will allow for more and longer trains.

“The number of people using the train during morning and evening peaks has increased by more than 13% over the last three years and is expected to keep growing. To meet this need KiwiRail will be upgrading the power system across the network to allow longer trains and improving signals and track layouts on the approach to Wellington station, which is a pinch point in the system.”

The funding follows a $NZ 98.4mn four-year project announced in May 2017 to replace 1274 ageing timber electrification poles and 38km of overhead wires on the Wellington network.