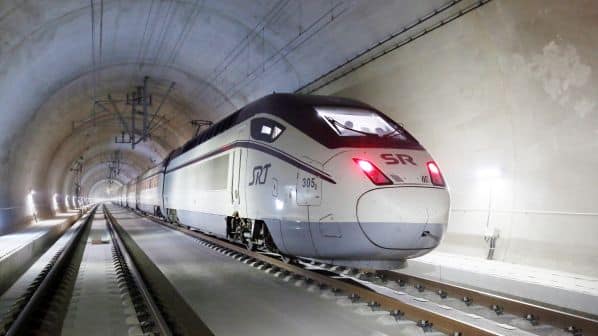 KOREA’s Ministry of Land, Infrastructure and Transport (Molit) announced on January 12 that it plans to award a contract to build two sections of the GTX-B line to a consortium led by Daewoo Engineering and Construction.

GTX-B is the second of three express regional lines that will connect Seoul to surrounding cities with trains operating at up to 180km/h. Line B will run from Incheon in the west via Seoul to Maseok in eastern Gyeonggi Province. The consortium will build the Incheon University - Yongsan and Sangbong - Maseok sections totalling 62.8km.

Once the contract is finalised, the consortium will be responsible for building the private sections of the line, and operating the entire GTX-B line for the next 40 years. The 19.9km central section from Yongsan to Sangbong will be built as a government-led project.

Molit says it will begin negotiations next week with the consortium partners including The Korea Transport Institute and Korea National Railroad to discuss operation, financing, technology, and regulations in detail. Work is due to begin in 2024 and the line is due to open in 2030.

Meanwhile, Korea National Railway (KR) announced on January 17 that it had entered the design phase for the central government-led section of the GTX-B line, which will be divided into four sections with consortia led by Yooshin, Seohyun Engineering and Dong Myeong Engineering Consultants & Architecture to build the first three. The fourth segment will proceed as a turnkey project, with a tender to be released next month.

“We will make every effort to manage the design phase so that construction on the publicly-funded GTX-B section can begin in the first half of 2024,” says KR chairman, Mr Kim Han-young. “We will do our best to resolve chronic traffic issues in the metropolitan area and provide comprehensive transportation welfare to residents by building a regional express railway network that brings major metropolitan areas to within 30 minutes of each other.”

Tunnelling for the 39.8km GTX-A route from Gangnam to Dongtan, which includes 9km of new underground alignment, was completed on December 9.