A record-breaking InnoTrans 2018 saw 3062 exhibitors from 61 countries and around 160,000 trade visitors from more than 110 countries take part in the world’s largest mobility trade fair at Messe Berlin between September 18 and 21. 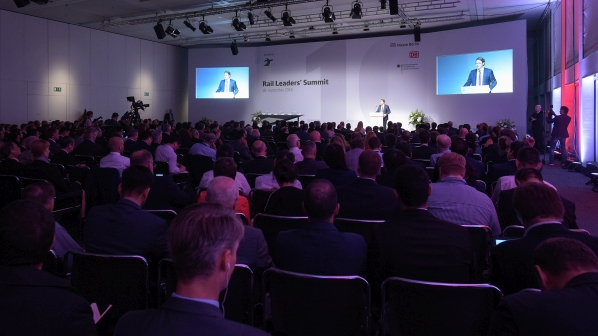 The show also saw the launch of more than 400 innovations, 155 world premieres and 145 vehicles on the outdoor display.

A representative survey conducted by Messe Berlin found 50% of those polled occupied a senior position in their company and around 89% of exhibitors said they were satisfied with their results at the trade fair. Around 52% of trade visitors came from abroad, with numbers from Southern, Eastern and Central Asia experiencing the highest growth.

A total of 25 business delegations from 18 countries attended the exhibition grounds, including from Abu Dhabi, India and the United States.

“This year’s InnoTrans once again impressively showed that it is the ideal platform for presenting forward-looking innovations, combined with an enormous international appeal” says Messe Berlin CEO, Dr Christian Göke. “No other event offers trade visitors such a comprehensive and global insight into every part of the industry’s value chain.”

The outdoor display was also opened to the public on September 22 and 23, with the latest rail vehicles being displayed on 3500m of track.

A full review of InnoTrans 2018 will be published in the November issue of IRJ.