BOMBARDIER is developing batteries for retrofitting of its Autorail à Grande Capacité (AGC) multiple-unit trains, as part of an effort to improve the environmental impact of the vehicles. 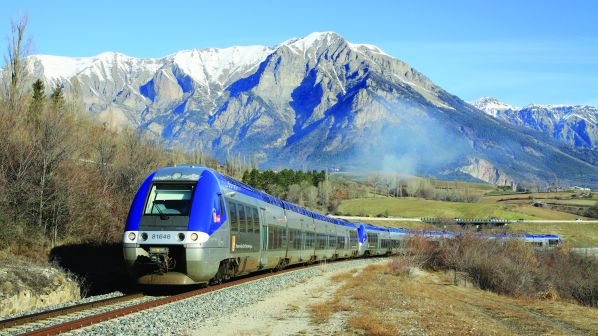 Bombardier is developing batteries for retrofitting of its AGC multiple-unit trains.

The project aims to convert at least 50 dual-mode electro-diesel AGCs to electric as part of a complementary service included as part of the trains’ necessary mid-life overhaul. The trains’ existing diesel packs will be replaced by four battery units, as well as a high-power charger to transfer energy between the battery, traction equipment and pantograph.

The batteries will complement weak catenary power supply during acceleration and improve operational robustness, and prevent the unnecessary replacement of existing rolling stock fleets while reducing their environmental impact in line with plans to eliminate all diesel trains by 2035. The conversion to electric also reduces energy costs in AGCs compared with diesel-fuelled counterparts, and allows the incorporation of regenerative braking, offering 15% higher peak power.

The initiative is currently developing a model capable of controlling three locomotives in a 700m-long mixed train. Later versions will include radio technologies such as 5G and FRMCS.

The initiative is part of the EU-funded FFL4E project, which previously demonstrated the technology with a 500m, 3500-tonne train in push-pull configuration with 39 fully-loaded Fal-wagons controlled through GSM-R.