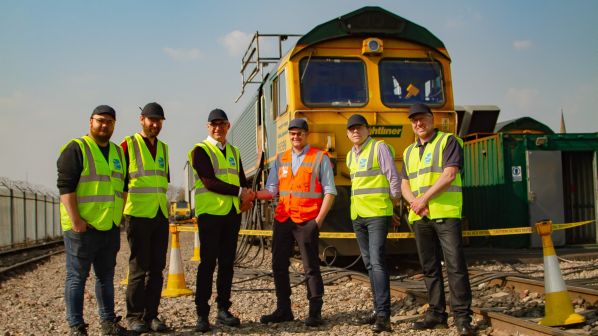 FUEL injection technology developed by Clean Air Power that enables a class 66 locomotive to run on a combination of diesel, biogas and hydrogen has successfully completed nine months of trials with British freight operator Freightliner.

This is the first time that the injection technology has been tested by the rail freight sector and, according to Clean Air Power, paves the way for reducing the emissions of other class 66 locomotives.

Over 450 class 66 locomotives are operated by a total of five freight operators, hauling over 80% of freight on the British network. The EMD design has also been deployed in mainland Europe.

Clean Air Power was awarded £400,000 in development funding in 2021 under the First of a Kind (FOAK) competition supported by the Department for Transport and Innovate UK. FOAK is aimed at improving the environmental impact of rail, as well as enhancing the passenger experience.

Class 66 operator Freightliner was Clean Air Power’s main project partner, and they were supported by the Rail Safety and Standards Board, consultancy Carrickarory, the Birmingham Centre for Railway Research and Education at the University of Birmingham, infrastructure operator Network Rail and Tarmac.

“Despite the complexities and challenges involved, we have clearly demonstrated that we can successfully offer a route to viable, long-term decarbonisation of rail freight,” says Mr Dan Skelton, Clean Air Power’s managing director. “We’re very proud to have transferred our know-how and expertise to this new and exciting market and are looking forward to taking on similar projects in the future.”

“The electrification of the network is expected to be the principle means for rail freight to decarbonise,” says Mr Blake Jones, Freightliner’s managing director of rail services. “However, alternative technologies and fuels, such as hydrogen, will be necessary for parts of the rail network that remain non-electrified.”