Nishi-Kyushu Shinkansen is 66km long and isolated from rest of high-speed network. 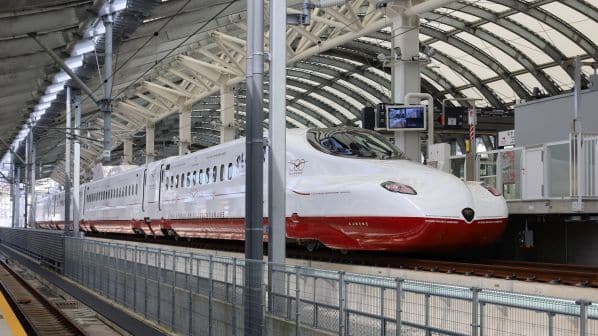 JAPAN’s Kyushu Railway Company (JR Kyushu)has started revenue-earning service on the Nishi-Kyushu Shinkansen between Takeo Onsen and Nagasaki on Kyushu island, in the far southwest of the country.

Services on the Nishi-Kyushu Shinkansen are operated by six-car N700S series trains running at a maximum speed of 260km/h and taking just 23 minutes to complete the end-to-end journey. There is currently only one service type, named Kamome, which means “seagull” and has been used in Japan since the 1960s to refer to limited express trains.

The main opening ceremony for the new Shinkansen took place on September 23 at Nagasaki’s Shin-Omura station, before the departure of the 06.17 service to Takeo Onsen.

There are long-term plans to extend the Nishi-Kyushu Shinkansen to connect Hakata to Nagasaki and so for it potentially to become an extension of the San'yō Shinkansen Shinkansen on Japan's main island of Honsu.

However, at present the route east of Takeo Onsen towards Hakata via Saga has yet to be decided.