SWISS Federal Railways has awarded ABB Switzerland a contract worth around SFr 69.2m ($US 75.4m) to supply new traction equipment for its fleet of 119 Re460 electric locomotives as part of a SFr 230m mid-life refurbishment programme. 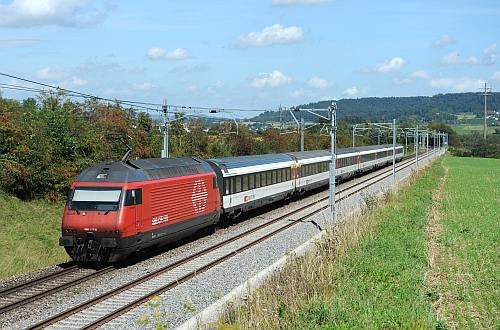 Under the deal ABB will supply 202 water-cooled IGBT traction converters with an option for 38 additional units. SBB says that converting the fleet to IGBT will reduce traction power consumption by 27GWh per year, enough electricity to power 6750 homes.

The Re 460s will also be equipped with new oil-free dual compressors, which are designed to reduce power consumption when the locomotives are stationary, as well as improved air conditioning and heating in the driver's cabs and new fire safety systems for operation in the Gotthard Base Tunnel.

A prototype locomotive will be equipped with IGBT converters by the end of next year and will undergo trials for a year before the remaining 118 locomotives are treated. The overhauls will be carried out at SBB's Yverdon-les-Bains workshop and the programme is due to conclude in 2022.

The 200km/h four-axle Re460 has been the backbone of SBB's long-distance fleet since the early 1990s. Built by a Swiss consortium of SLM and ABB, the locomotives were introduced as part of the Rail 2000 project to modernise train services and increase capacity on the Swiss mainline network. The refurbishment programme is expected to extend their operating life by 20 years.