ALSTOM and Transmashholding (TMH) signed an agreement with Russian Railways (RZD) at the 1520 Strategic Partnership forum in Sochi on May 30 to develop a new design of dual-voltage electric locomotive. 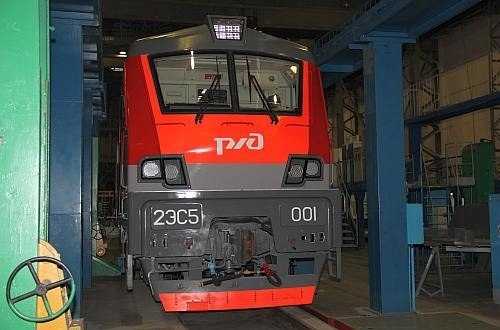 The twin-unit 2ES20 asynchronous traction freight locomotive will be capable of operating under 3kV dc and 25kV ac electrification systems.

TR Trans, the 50:50 joint venture between Alstom and TMH, will now set up a development team for the 2ES20 project with the aim of finalising the technical design by September. The first prototype locomotive will be ready for testing by September 2013 and will be delivered to RZD by December 2014.

The partners already have a contract to supply 200 2ES5 25kV twin-section freight locomotives to RZD, which was signed in May 2011. The first 2ES5s are currently undergoing trials and will enter service at the end of this year.