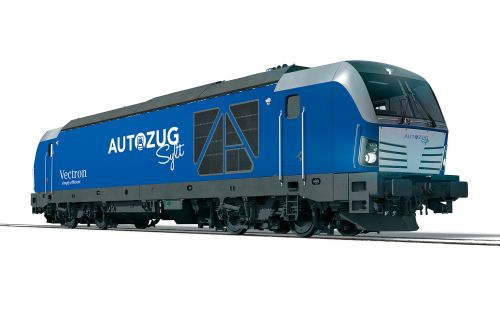 Autozug Sylt is owned by the German subsidiary of Railroad Development Corporation, United States, and began operating its Niebüll - Westerland services in October 2016.

The Vectrons will replace older class 251 diesel locomotives. The first unit, which was built by Siemens as a demonstrator in 2016, has already been delivered for driver training, and will enter service by January. It will be joined by the second locomotive by June 2018.

The order will take the total number of diesel Vectrons to nine. Four units are currently leased to DB Cargo for freight traffic in Germany. Some are used as demonstrators by Siemens and have been tested by several operators.