SIEMENS has concluded two further contracts for Vectron electric locomotives with customers in Austria and Switzerland. 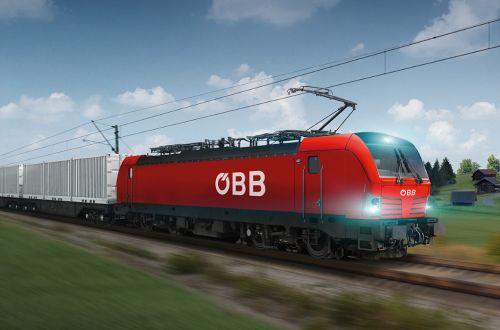 Austrian Federal Railways (ÖBB) and Siemens have concluded a framework agreement for up to 200 Vectrons for rail freight subsidiary Rail Cargo Group.

The contract includes an initial firm order worth around €120m for 30 multi-system locomotives, which will be certified for operation in more than 10 countries in central and eastern Europe as well as Germany and Italy, and the fleet will be equipped with ETCS. The 6.4MW 160km/h locomotives will be assembled at Siemens’ Munich Allach plant and deliveries will begin in mid-2018.

The framework contract calls for the supply of up to 100 standard freight locomotives, 50 Last Mile locomotives equipped with a 1.8MW diesel engine, and 50 multi-system locomotives.

Meanwhile Lucerne-based leasing company LokRoll has placed an order for 18 multi-system Vectrons, which will be leased to SBB Cargo for at least 15 years. The 6.4MW ETCS-equipped locomotives will be used on Germany-Austria/Switzerland-Italy freight services.

The order is being financed by the infrastructure fund of Reichmuth Infrastruktur Schweiz.