BELARUSIAN Railways (BC) has signed a contract with China Electric Import and Export Corporation (CUEC) and CRRC Datong Electric Locomotive for the supply of 15 single-section BKG2 ac electric freight locomotives. 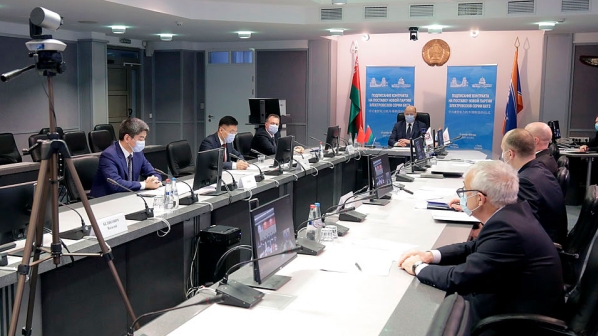 The electric locomotives will be delivered to BC by the end of 2023, and will be used for both freight and passenger services.

BC has purchased 30 BKG1 and BKG2 electric freight locomotives from CUEC and CRRC Datong Electric Locomotive over the past 10 years.

The Gomel - Zhlobin - Asipovichy and Molodechno - Gudogai - Lithuania state border lines were also electrified in close cooperation with CUEC, while the electrification of the Zhlobin - Kalinkovichi - Barbarov line is currently underway.

During the signing, Morozov said that China-Europe-China freight flows travelling through Belarus have grown thanks to the joint contribution of Belarus and China to the development of the infrastructure and locomotives. Freight volumes increased from 59,900 TEU in 2015 to 540,000 TEU in 2020.