BRYANSK Engineering Plant (BMZ) has rolled out what is claimed to be Russia’s first triple-unit mainline diesel locomotive, which has been developed specifically for heavy freight operations on the Baikal-Amur Mainline (BAM). 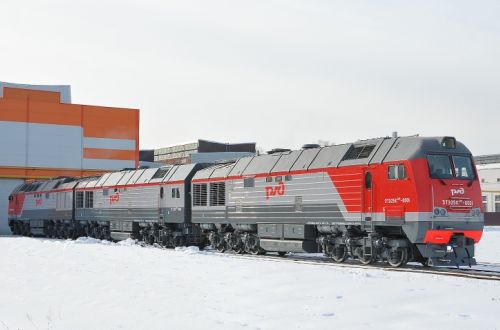 Each unit of the prototype 3TE25K2M locomotive is equipped with microprocessor control and a 3.1MW diesel engine.

Mainline testing will begin next month and the locomotive will initially be based at Kurbakinskaya near Kursk, where it will undertake 5000km of mileage accumulation before moving to BAM for performance testing.

The locomotive is designed to continuously haul a 7100-tonne freight train over 2800km between Taksimo and Sovetskaya Gavan.

In addition to the three-unit locomotive, BMZ has also developed a two-section variant.