BOMBARDIER began dynamic testing of the Traxx F140 AC LM electro-diesel locomotive at its Henningsdorf facility near Berlin during January. 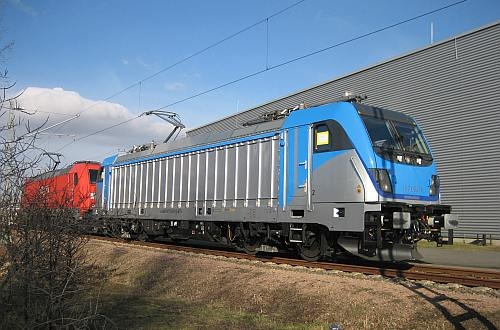 Branded as The Last Mile Diesel, the 15kV ac 5.6MW electric locomotive is equipped with a 240kW diesel engine to allow operations that would traditionally require a change between diesel and electric traction.

Bombardier says the prototype locomotive was tested in multiple with a conventional Traxx locomotive at Henningsdorf, and all operational functions were tested. This included the successful completion of braking tests, and paves the way for the start of mainline testing in the middle of this year.

Developed from the ALP-45DP locomotives supplied to NJ Transit and AMT in Montreal, the Last Mile Traxx was first unveiled at the Transport Logistics trade fair in Munich in May 2011. Leasing company Railpool is the debut customer, and will receive five units later this year which will be leased to Swiss operator BLS Cargo under a five-year contract.