VLI, the railfreight subsidiary of Brazilian mining conglomerate Vale, has taken delivery of four metre-gauge Dash 9 locomotives from GE Transportation Brazil, and is also receiving a batch of seven SD70ACe units from EMD. 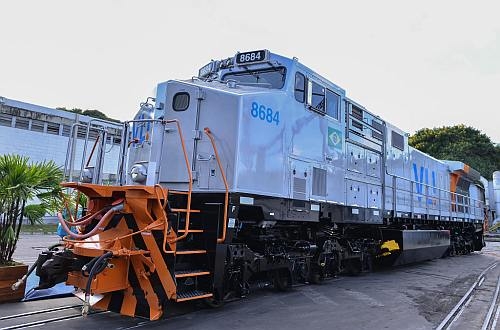 The Dash 9s were assembled at GE's plant at Contagem in Minas Gerais state, with local content accounting for more than half of the value of the contract.

The EMD locomotives are due to be delivered by April and will be used by VLI on the North-South Railway (FNS), hauling grain, cellulose, and fuels between Porto Nacional and Porto do Itaqui.